Burglaries across the United States happen way too often.  Also called “home invasions” these intrusions can occur when owners are home or when they are not.  They occur both during the day, but more frequently at night.  These occurrences are extremely traumatic to homeowners.  A home is a personal space and is a private entity.  Intrusion by others, can cause lasting trauma, not to mention the destruction of property which may occur, such as broken windows, doors, furniture, and many times theft of valuables.  While insurance might cover most if not all the damages, walking into a home that is burglarized, or worse yet, being awakened at night by intruders, has a lasting effect on all homeowners.  Some find they cannot live in the home after a burglary and end up moving to another location to start fresh.  This occurs oftentimes when the burglar or burglars are not apprehended.  Living in the same home leads to the stress of wondering if or when the culprits will return if apprehension does not occur. More burglaries are committed during the day when no one is home, and therefore according to FBI (Federal Bureau of Investigation) statistics, an astounding nine out of ten go unsolved as the victims cannot identify anyone.

Burglary is a serious crime and carries serious penalties in all states in the United States.

Judges consider all factors after conviction when imposing sentencing, such as if the burglary is committed while others were in residence, or how much damage occurred, as well as the number of times a felon has committed burglary.  These are mitigating (factors that will make the crime less severe) and aggravating factors (those that make the crime more severe).  Aggravating and mitigating factors make note of the harm done and even the age of someone who commits burglary.  No matter what the circumstances though, the penalties are generally from one to twenty-five years in a state prison.  Juvenile laws will differ many times however in approach to any crime including that of burglary. Someone convicted of burglary will even benefit from the remorse they show or will see a heightened sentence imposed if cruelty or malicious conduct is proved.  Burglary is more than just stealing property and possessions many times.

The statistics surrounding burglary are astounding and prevention is key.

Also, according to the FBI, 65% of burglaries are committed by someone that is known to the family, either someone in the neighborhood or a chance encounter.  To make matters worse, roughly only 19% of homeowners have a home security system of any type.  Not having a home security system does increase the chances of being burglarized and telling others where you live also increases the chances.  Most individuals are not aware of the true statistics or how to prevent a burglary from occurring.  Taking precautionary measures can eliminate the chances of a burglary and these measures are not difficult to implement or follow.  Most are simple common sense of which most individuals remain unaware.  Here then are five tips that can be followed easily and perhaps prevent a burglary from occurring.

Home safety and security from burglary is quite simple actually and only takes common sense.

While not every burglary can be prevented, it can decrease the chances of being a victim of one if the steps above are followed.  Of course, never confront a burglar if possible.  Simply leave the premises as quickly as possible and call law enforcement.  A person’s life is always more precious than possessions! 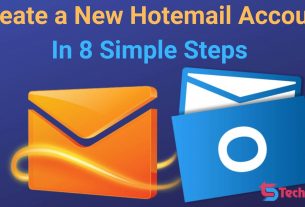 Set Up a New Hotmail Account | In 8 Simple Steps

5 Recommended Methods to Fax From Your PC 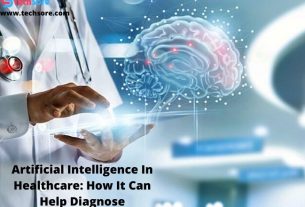 Artificial Intelligence In Healthcare: How It Can Help Diagnose