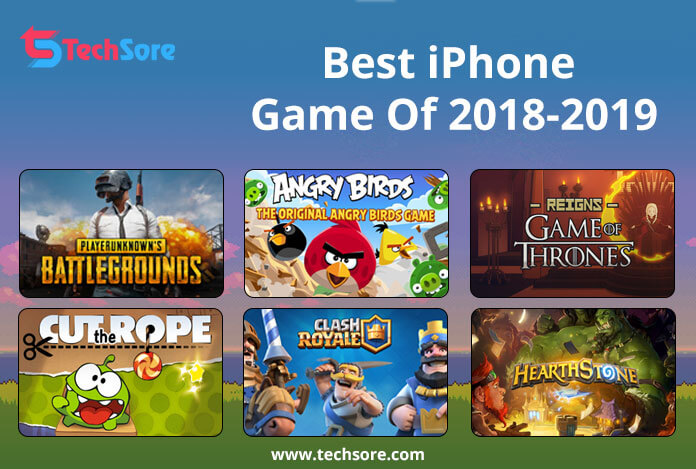 Mobile is not just a device to communicate its a source of entertainment and a gaming platform. Every year developers landed up with so many games for mobile phones. Most of them remain unnoticed and unappreciated. But some of the games set a mark. But, different games setup different marks for different handsets. All Android app may or may not support iPhone and all iPhone app may or may not support Android. Keeping this in mind here we talk about Best iPhone games.

There are lots of iPhone and iPad mobiles games loved by most of the mobile users. Before you download and try all the mobile games let’s have a look at Best iOS games of the year.

iPhone is one of the best brands in the mobile industry. It is popular and a choice of brand and for game lovers here we have the top 10 iOS games. 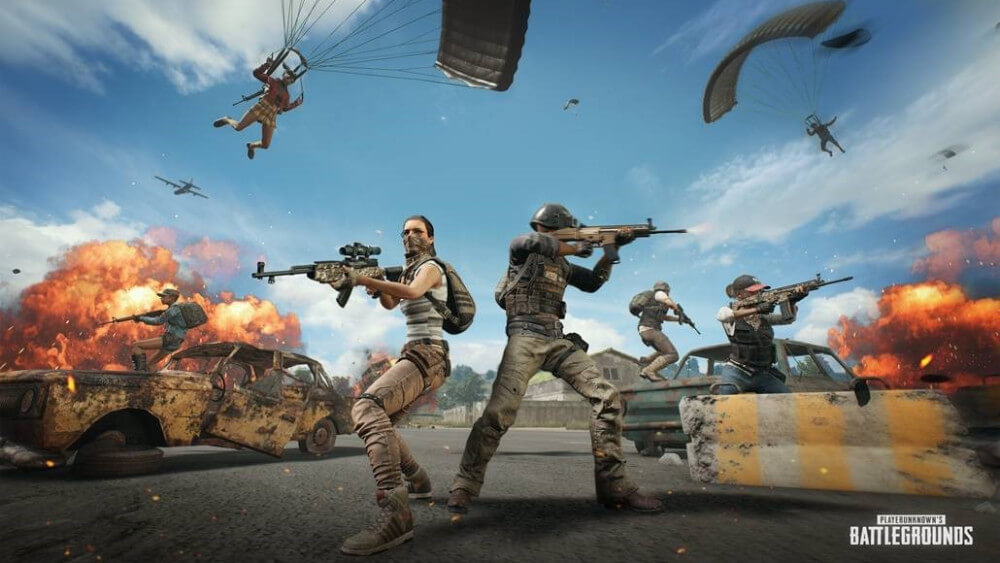 PubG is one of the latest games accepted by many people all over the world. PubG offers the most realistic and less animated battle game. That attracts youth most.

PubG is published by Tencent games and is available for both Android and iPhones. You can download it from Google play store or Apple play store respectively.

The space occupied by PubG is around 2 GB and more. A full range of iPhone modal supports PubG. The game is rated 16 in the UK. 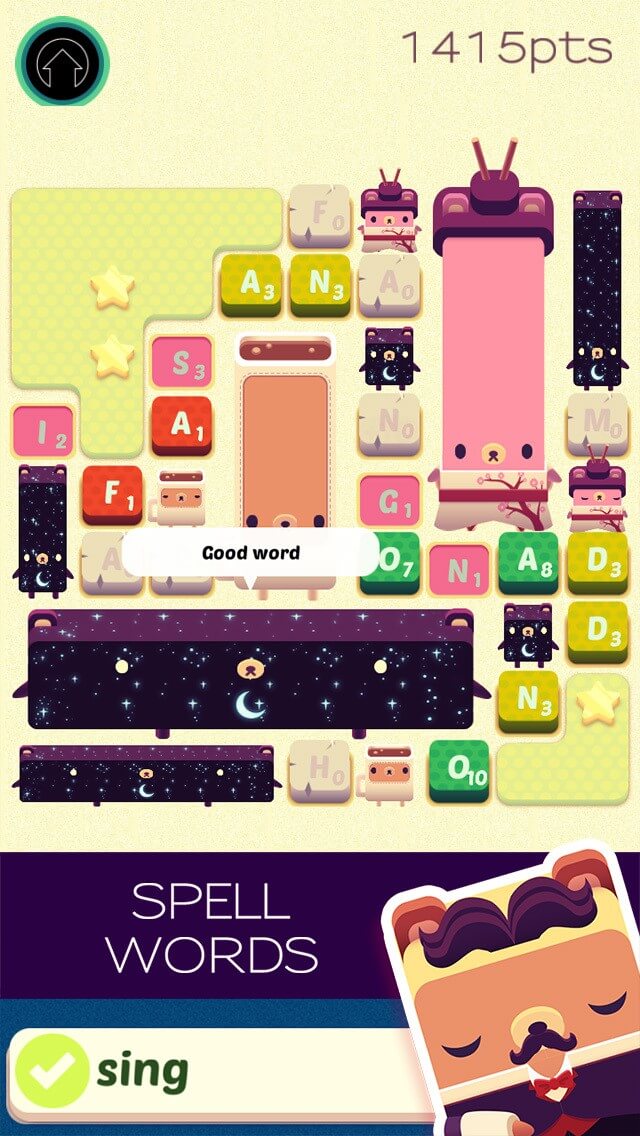 Alphabear is an inventive little word game in which players clear lettered tiles to give bears room to grow. The challenge in the game is every tile has a timer. So you have to Click on the tile before it runs out of time. When a tile reaches to zero it become indestructible rock.

It’s very simple in the tradition of Scrabble or Boggle. Spell the word using the series of titles set in front of you. Each letter counts down to an initial value of between 3 and 10. If the turns for any words are reduced or eliminated, they get in the way and become a stone.

It’s a compulsive game of growing bears because each bear adds a quality score to your scoreboard.

Angry Bird is one of the popular game among iPhone users. Not hard to play but really adventurous to play because of the characters in the game. Now the simple Angry Birds puzzle is turned into marketing schemes. Come out with countless sequels, Spin-offs, and sister releases.

Angry Birds is a Finnish action based media franchise created by the Finnish company Rovio Entertainment. The series focuses on angry birds trying to protect their eggs from the green pigs, their enemies. The first game of this series was launched in iOS on 11 December 2009.

It’s a fascinating series of making a decision that a ruler has to make.  Reigns Games of the throne is an award-winning HBO Tv series and the game is just an implement of that show.

It allows you to choose one of nine leaders from the series as long as you can rule the Iron Throne in it. Whether it’s your chosen Jon Snow, or Cersei Lannister, or any other ruler, the king and queen have to face non-stop decisions that affect the kingdom.

The game has a rating of 4.7 stars. The last update of Game of throne is release in November 2018. 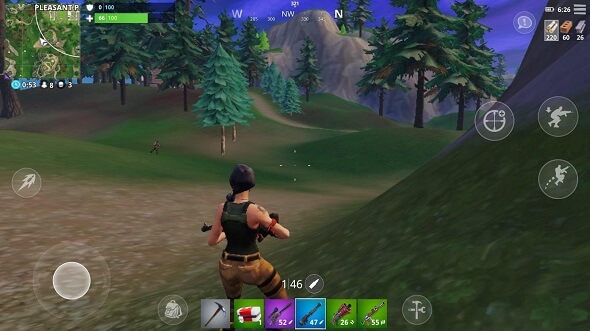 Fornite is the most popular game also a great fit for mobile phone users. It was a desktop game but of course, touchscreen controls can’t match mouse and keyboard for precision. Still, it is a great game to play.

This is a survival game. Here 100 players fight each other in a player vs player fight to be the last one. It’s an action packed game not unlike the hunger games, where survival requires strategy thinking. It has 125 or more million players on it.

The app rating is 4.4 stars 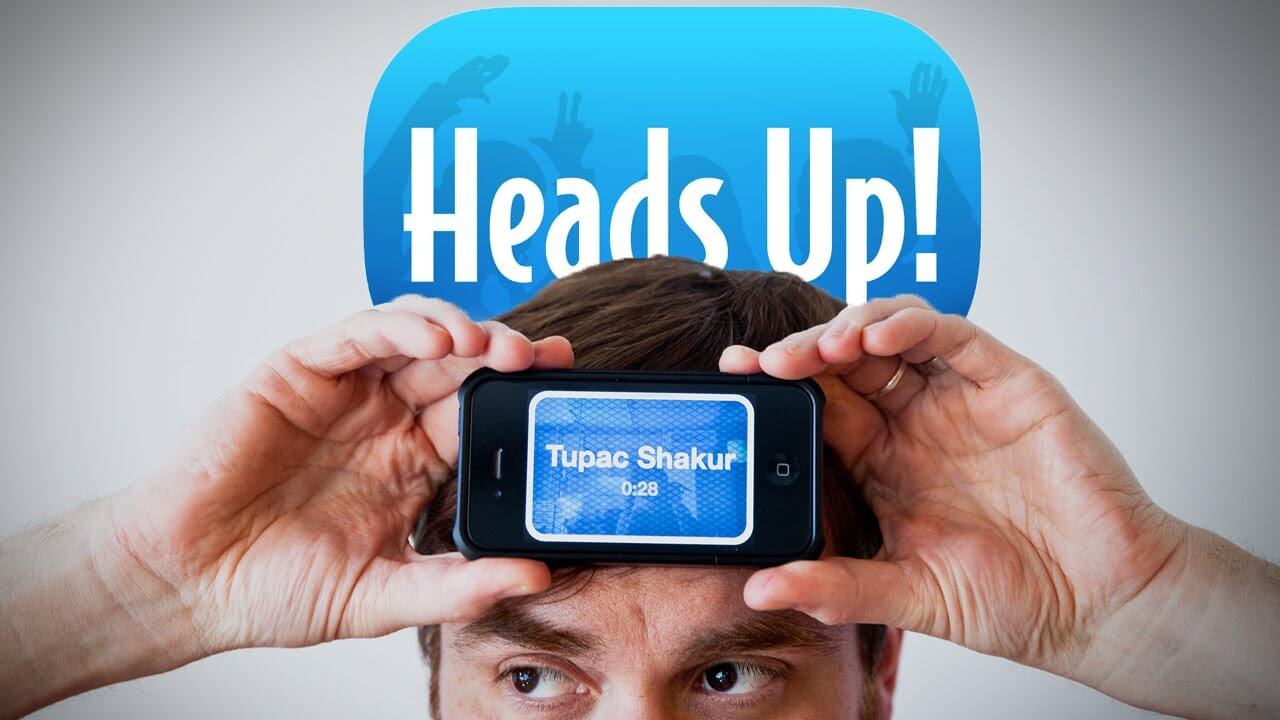 Everybody loves guessing games. Heads Up is an amazing game to play with friends. The game borrows notable liberally from the latter and the player place the phone on foreheads showing the screen to other friend sitting in front of him.

This game is like charioteer where the participant must guess which word the other players are describing. In this game the words pop up on the phone, all the players have to guess as many words as possible based on the clue given by the other player, in which you are given 60 seconds.

The screen displays a word that guesses buy the person holding the phone and the person who sees the word- gives the clue. 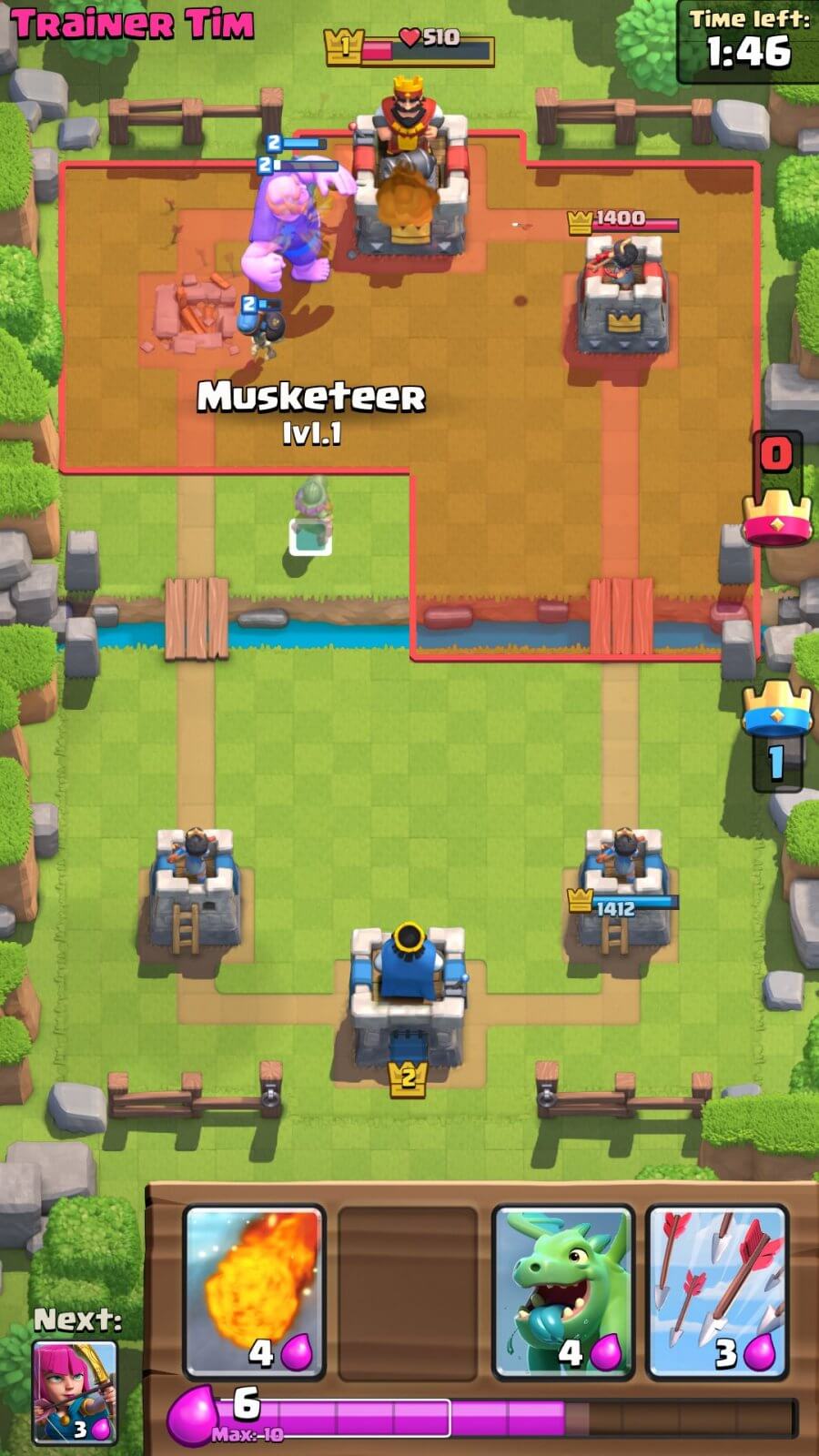 Matching with real-time battles, Players makes a team from the cards they have collected. Then use those cards in the game to bring a variety of defending soldiers on the battlefield. And the one players kill the opposing player’s castle, earns a chest filled with more cards.

It is a type of tower rush video game that asks players to stand in a game featuring two or four players. The objective is to eliminate the most opposing towers, with the elimination of kings towers considered an instant victory. In this, players are ranked on the number of their trophies. 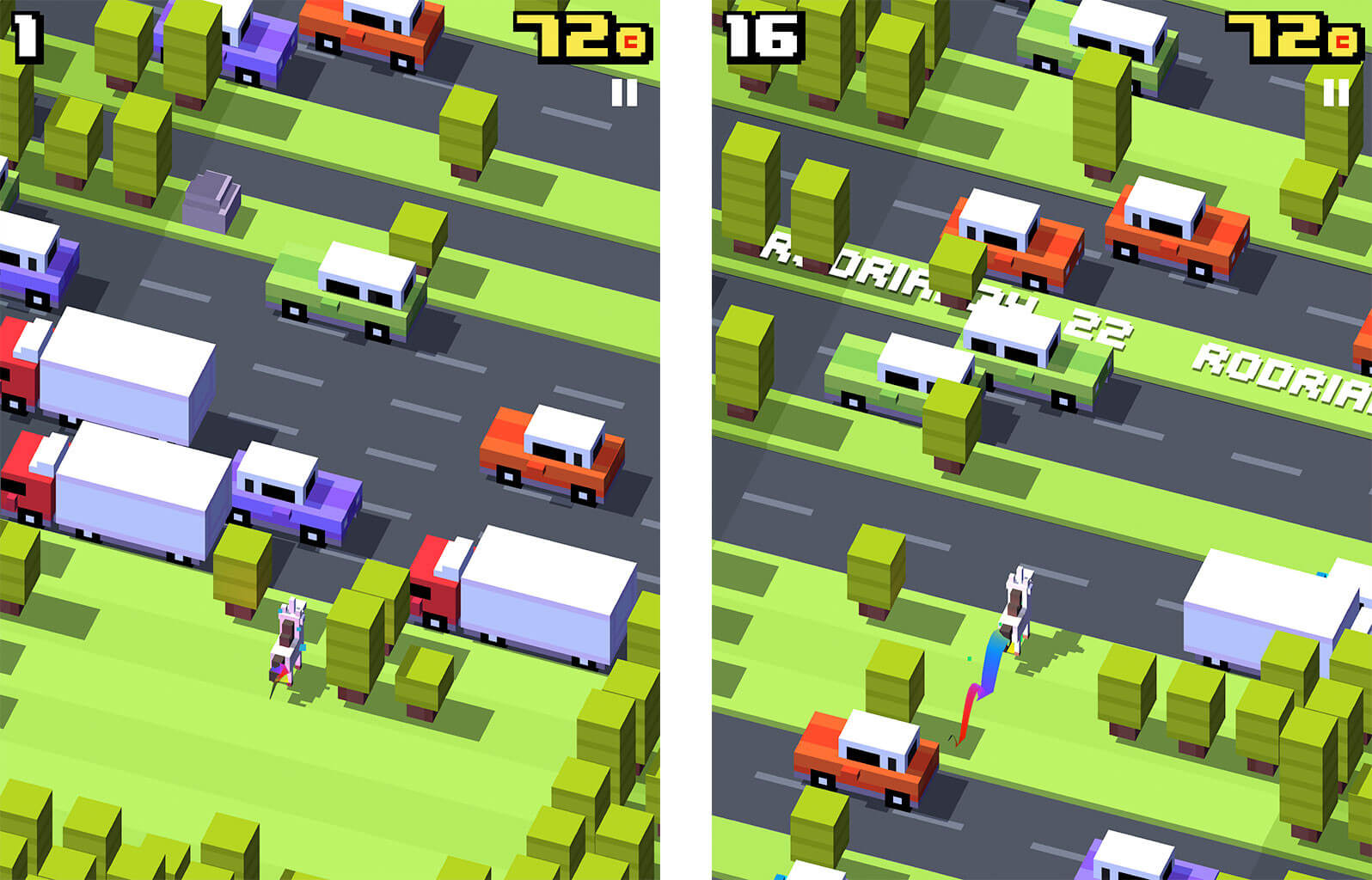 Crossy Road is an arcade video game developed and published by hipster whale released on 20 November 2014. In this the name of the game is the old joke Why did the chicken cross the road? In this the game is described as an endless frog. 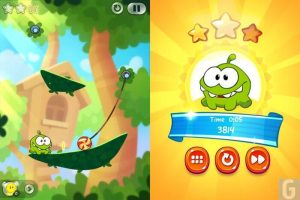 This iPhone game is developed when everyone trying to break the Angry Birds success and the developers ZeptoLab went in another direction. Besides making the next Angry bird they build a physics puzzle that hit the angry bird’s success. 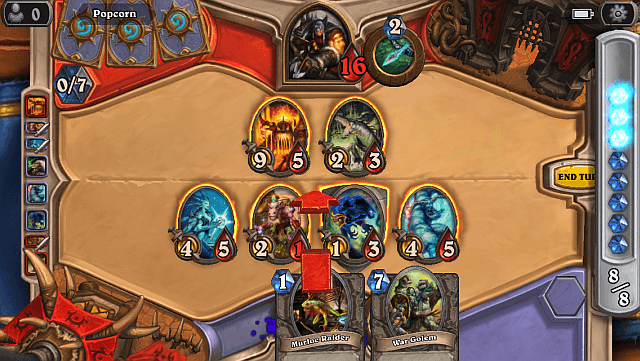 Hearthstone is a card iPhone game develope in the Warcraft universe and created by the master game makers at Blizzard. It maintains to retain all of the lightness and charm of its source material while creating a new experience.

The on-boarding process welcomes players of any skill level and the game’s matches you to ensure a fair fight.

That’s all! These are the top 10 iPhone app that you can download and enjoy. Share the information with others also.

All these games are on iphone apps, it is bahute fun to play games on iphone and as technology progresses, developers bring features, all these games are action based and simple games, you can also play this game about the first game.  Now play the game of your choice. 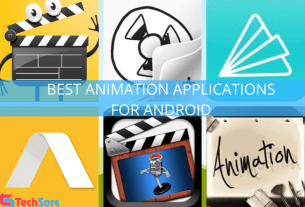 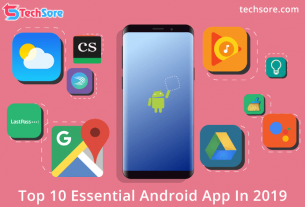